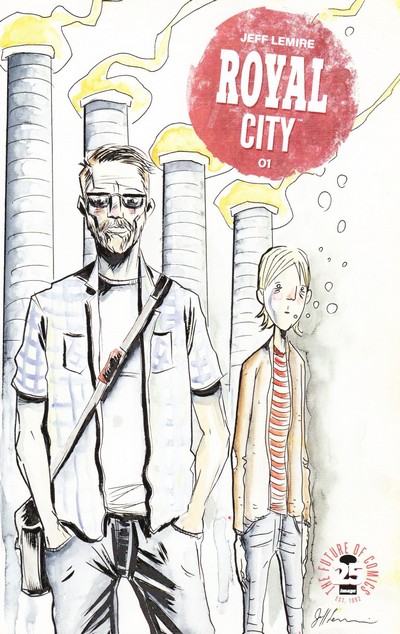 I had no fucking clue Jeff Lemire could draw.

I had no clue because I came to Lemire's career like a punk, like a jerk, like everything else Robert Deniro's character will call you before he cracks your head open with the bottom of his boot. I know Jeff Lemire only through his more recent work at Marvel; specifically the impressive series Old Man Logan and Moon Knight. I suppose those titles should've been enough to let me know Lemire might be just as talented with drawing, since the visuals in those books are compelling enough that even the guy who just wrote the script had to know a thing or two about how to make things look.

Royal City #1 opens up with elderly Peter in his kitchen. Peter's nagging wife chases him into the garage where he keeps a hoard of old radios. We think he's the narrator at first, even after hearing an impossible voice come out of one of his radios triggers a stroke, but we're in for a surprise there.

Lemire's drawing style is the perfect companion to his story.  The faces of family we follow around Royal City have an unfinished, sketchy, yet extremely expressive and distinct look. The result is an irony: that while Lemire's renderings are less concerned with hiding the reality that they're drawings, their non-style expressiveness makes them seem more real than the comparatively sleeker and more carefully inked geriatric Wolverines or Egyptian themed crime-fighters of Lemire's Marvel work.

I am hesitant to say too much about what we know so far regarding the story of Royal City for the sake of aoviding spoilers.  Suffice to say, all the members of the scattered family we meet in Royal City live with a common absence that is also a common presence, and there is some wonderful mystery around the nature of this thing. There is, to be sure, a supernatural element to Royal City, but this is no Twin Peaks.  It's too soon to tell, but I don't think we'll be seeing any séances or battles with Lovecraftian cult members or anything like that.  I don't think anyone's going to find a hatch with numbers or a little dancing man in a Black Lodge.  Royal City feels like, first and foremost, a very human story about a family that has been in quiet agony for decades, and it's a welcome addition to my pull list. 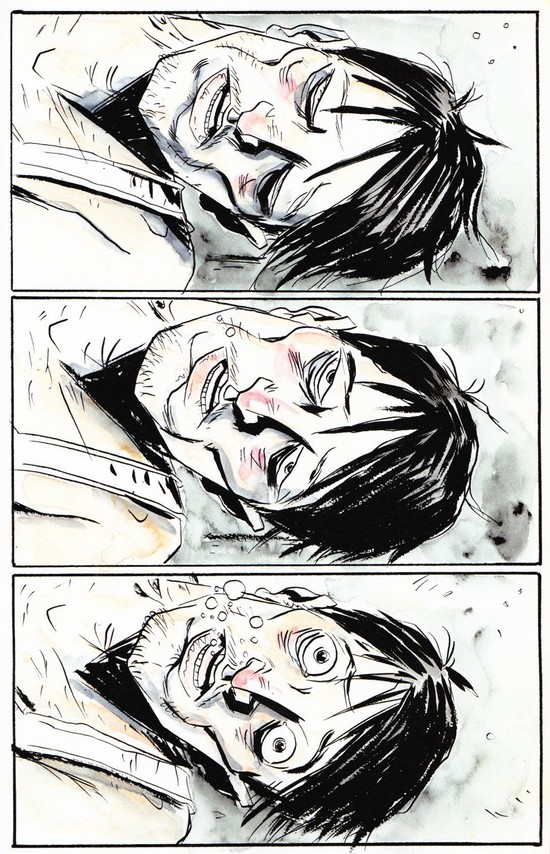