Demons at my door 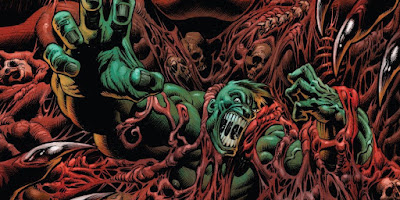 The depression is dialed down but louder than ever is a constant sense of anxiety revolving around my financial situation. I don't know if I regret my decision to leave the State to become a freelance writer full time. I am a professional writer. I am the thing I always wanted to be. But every dark possibility is always outside my door. What if my car breaks down? What if my cats get sick? What if my frozen shoulder comes back? What if my cancer comes back and I don't even know it?

When I reach deep I find something that tells me that this is my path. It's going to be hard, but it's where I'm supposed to go. But I don't know how to live every day with every demon pounding on my door.

And what's worse is that I don't have a clear idea of why I'm enduring this. What am I hoping for? Because this? This is not enough. But I don't know what is. Getting a full-time writing job at one of these sites so I can go to a medical appointment occasionally? Publishing a novel? Getting a job writing for a sitcom? Ghostwriting memoirs? Or maybe just grabbing onto whatever regular 9-5 job will have me whether it involves writing, filing, or calling up strangers all day to find out if they've considered this miraculous new weight loss drug?

I don't know. I just don't want to worry anymore. Every dark possibility will be there whether I worry about it or not. Fate doesn't need my imagination, and my worry doesn't provide a force field against it. But still I feed it and I don't know how to stop.
Posted by Mick Martin at 10:19 AM 0 comments

Outside my psychiatric nurse practitioner's office yesterday, I cried listening to a Jewel song playing in the waiting room. I wasn't even listening to the words. I don't know what she was singing about. I know it was one of her hits and I could find it easily enough, but I don't care. I just cared enough to cry, but I cry at anything.

She gave me meds (my psychiatric nurse practitioner gave me meds, not Jewel). I finally have meds again. A kind I've never tried before. They might work in a week. In a week I'll be happy I started them when I did, today I'm just regretting the absence of a silver bullet. I took my first pill after breakfast and I told myself a hundred thousand times it wouldn't fix everything and I wouldn't feel anything right away and then I didn't feel anything right away and I thought, "this is bullshit."

But the meetings help. They do. I don't know how but they do.

When I am writing, I am okay and then I have to go home to my neighbors who are just people but their slightest sound drives me to rage. And the rage only exacerbates the constant, doubtless, torturous sense that everything is wrong and everything is futile and everything is pain.

I care about myself. This is a revelation. The other day, I mentioned to Jolene that I knew something was terribly wrong because as depressed as I am, I don't want to binge on food. The urge is not there. I don't want to go to the drug store and buy five different "party" or "family" size bags of candy and finish them all before it gets dark. It wouldn't help. It wouldn't even give me a temporary respite, and I know that, but that's never stopped me before. So, I told Jolene, that was a bad sign. Like, I care so little about anything that I don't even have the energy to engage in my usual method of self-destruction. And then I said I was worried I might start using alcohol. Because I'm not immune to that yet. It would give me a couple of hours of comfort. Maybe.

But then I thought about all that yesterday, and it occurred to me that, yes, the alcohol would give me a temporary comfort but I'm not drinking it. So maybe the urge to binge on food isn't there because I care about myself. Because I want to get better. That, in fact, maybe that was the only possibility.

Because things are harder than they have ever been. This is grief but this is also more. This is constant, unceasing despair. There's no break from it, it's always there - there are simply times when it takes me over and times when I'm distracted so it's waiting to take me over and there are times when I'm asleep. So if I didn't care about myself, if I wanted to destroy myself for the sake of temporary relief, I would.

So I give a shit about myself, yay. And that's good. That's great. That's as close to a miracle as I'll get. But I'm still in Hell.

Maybe it'll be better in a week. I think it might be. I feel like it will never be. I hope feelings are stupid.